What Are The Symptoms Of Pyroluria & Is There A Pyrrole Disorder Treatment Plan? 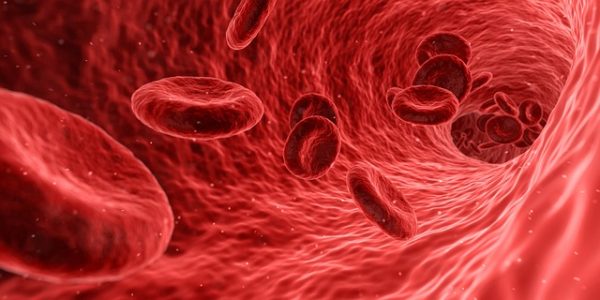 What Are The Symptoms Of Pyroluria & Is There A Pyrrole Disorder Treatment Plan?

You may have heard the term Pyrrole, Pyrroluria, Pyrrole Disorder, Kryptopyrole, or even Mauve Factor: they are all referring to a condition that results in an overproduction of pyrroles or hydroxyhaemopyrrolin-2-one (HPL). But what is Pyroluria or Pyrrole Disorder? What are the symptoms and how can it be treated? In this blog post we aim to highlight some of the most common symptoms that people experience, how to establish whether Pyroluria is the issue and how we develop a pyrrole disorder treatment plan to support patients with elevated levels of HPL.

What Is Pyrrole Disorder?

Pyrrole Disorder is an abnormality in biochemistry resulting in the overproduction of a haemoglobin metabolite known as hydroxyhemopyrrolin-2-one (HPL) – or simply “urinary pyrrole”. This HPL molecule, is a by-product of red blood cell production which is excreted from the body via the kidney and into urine. The HPL molecule has a strong affinity for B6 and zinc which it binds to – stripping our reserves then forcing their excretion.

Can the stripping of B6 and Zinc really be such a big deal? YES it can: B6 and zinc are critical for many of our bodies major processes such as digestion, immune function, and they are the raw materials needed to make the neurotransmitters that make us feel happy and calm: GABBA & Serotonin. They are also crucial in balancing our hormones: ensuring we don’t have breast tenderness, heavy periods.

Understanding that the disorder is an increase in the excretion primarily of zinc and B6, the signs and symptoms of pyrrole disorder closely follow that of a B6 and zinc deficiency Pyroluria affects up to 10% of the population, and the incidence can increase to 18-35% in people with psychological disturbances, learning or behavioural problems. Think you may have pyroluria? Do you tick yes to experiencing any of the below?

Pyrrole disorder is exacerbated by stress and traumatic events. From starting school, a new job, the onset of menopause, or periods, a marriage breakdown, redundancy, new carer anything that an individual finds significantly stressful can exacerbate symptoms (when we can least afford it too!).

Food intolerances and impaired methylation are often seen with pyrrole disorder and can magnify its effect.

Zinc and copper ratios sit on opposite ends of a seesaw therefore avoiding high copper foods, copper bracelets and copper water pipes is crucial in these patients as it further exacerbates a zinc deficiency.

Pyroluria is genetic: a child of a parent with Pyrrole disorder has a 50% chance of it being passed onto them, if both parents are pyrrole positive there is a 75% chance of offspring inheriting the disorder; which is why I often suggest to families if one family member is effected its worth investigating the rest of family.

How Do I Know If I Have Pyroluria?

A pyrrole test is a very sensitive urine test that simply tests for the concentration of HPL in the urine. Samples containing levels of urinary HPL of 0 – 10 μg/dL are considered normal or negative, samples of 10 – 20 μg/dL are considered borderline, and samples above 20 μg/dL are considered elevated. We choose to use a laboratory that specialises only in pyrrole testing, because it is such a sensitive test. Pyrroles are extremely sensitive to light and heat and so a urine sample must be collected in an environment with the least exposure to light as possible, in a container with a preserving agent, wrapped in alfoil upon sample collection, snap frozen and then sent to the testing laboratory on dry ice. If this procedure is not followed correctly then false negatives or low HPL readings are possible. Your practitioner will guide you through the collection instructions. Pyrrole testing costs between $75-$135.

Is There An Effective Pyrrole Disorder Treatment Plan?

A Pyrrole disorder treatment plan is often more complex than supplementing with vitamin B6 and zinc. There is not a ‘one-approach-fits-all’ patients solution. We determine the most appropriate nutrients at the right levels for you. Pyrroles are highly oxidative so your treatment will often involve some antioxidant nutrients to combat that component of the disorder.

In some cases, we may suggest we compound your nutrients specifically for you to achieve optimal dosing. This is assessed on a case by case basis. We also have the ability to dose some nutrients via creams for young children or those who battle taking tablets.

While nutrient supplementation is one form of treatment for pyroluria there are also a whole lot of other factors that will impact a treatment plan. HPL may be a stress-induced factor. It has been proposed that emotional and physical stress increases HPL excretion very quickly. It is also believed that stress and high HPL may affect the production of heme, the iron carrier in red blood cells. This has a detrimental effect on energy production and increases oxidative damage to the cells, as the body is unable to produce enough antioxidants and other important detoxification factors. Research also suggests dysbiosis and intestinal permeability can lead to higher circulating levels of HPL (and zinc is important for the maintenance of intestinal integrity). Therefore improving intestinal integrity and addressing dysbiosis may be an important step in reducing urinary HPL.

Genetics is another factor for us to take into consideration. Poor vitamin B6 and zinc status will negatively impact healthy methylation processes, which is confounded by the presence of SNPs on genes encoding for enzymes involved in methylation. We do not have one treatment plan that fits all. Your practitioner is here to look at the big picture, we will consider each of the above in conjunction with a full health assessment to get you onto an individualised pyrrole disorder treatment plan specific for you!

Your level of deficiency will dictate how long it takes to feel the better. Those with mild or moderate symptoms of Pyrrole Disorder may see a dramatic response very quickly in as little as a week to four weeks. Those with more severe symptoms usually require one to three months before some improvement is seen, and then gradually greater improvement over 3-12 months. The team at Perpetual Wellbeing can help you. Book an appointment today with one of our expert practitioners.

Common Female Hormonal Disorders & How We Treat Them

What Is Postnatal Depletion & How Do We Treat It?